Saying “yes” in German opens the door to more possibilities, richer experiences, and life’s surprises. It’s exciting to discover what’s behind the next door and to be a part of what’s going on around you in a new language.

So, what if you want to say “yes” in German?

You might already know the German word for the English word “yes” which is “ja” (pronunciation like “ya”). However, Germans don’t only use “ja” to agree, and it’s actually not the most common way for agreement in modern German everyday life.

So, have you learned “ja” and want to use different ways how to say yes, or would you just like to know, when a German person is actually agreeing with what you’re saying? Then keep on reading and find your best way.

It has almost certainly happened to you. You’re speaking to someone who is fluent in the language you’re using. You keep smiling and saying “oh, yes” or “oh, ja” in our case because you don’t understand a word they say. 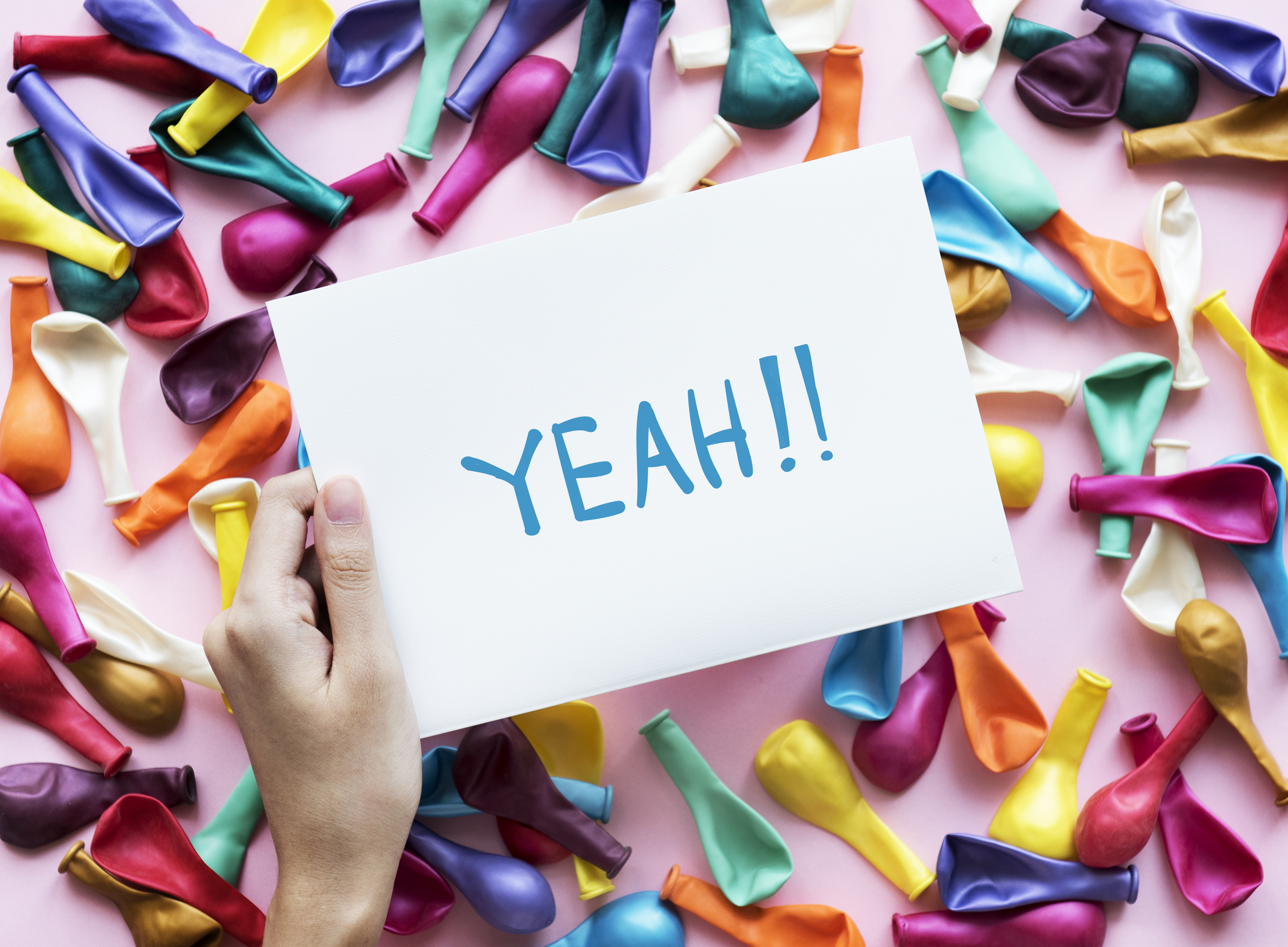 We’ll learn a variety of ways to say “yes” in German, or on Deutsch, in this post. Although you should not be afraid to disagree, knowing how to convey approval in a foreign language is a useful ability. There are similar ways in German, how to express a “yes” as in English, like an “mm-hm” (not to confuse with a sound like “mm-mm”, when you’re going down with your voice in the end, and which means “no”). Nodding “nicken” and the shaking of the head “Kopf schütteln” would have the same non-verbal meanings to say “no” (= nein) or to say “yes” in German.

Basic Ways To Agree In German

The direct equivalent of the English word “yes” is ja, which is as basic as it comes. The “j” has an English “y” sound, and the “a” is long (think of the word “car”).

Even if you’re a complete beginner in German, you’re probably already familiar with this word. Congratulations on your achievement! You’ve mastered the fundamentals. Let’s take a look at some more types of agreeing and approving now.

This might be the word that unites all languages. Modern people all over the world use this word of agreement. So, it’s not a surprise that it’s a word to say “yes” in German, too. Some Germans pronounce it just like in English, some pronounce it in a more German way, like “oh-keh”, and some use both on different occasions.

When you hear someone use okay in a hesitating manner, it means they agree, but they’ve only just been convinced enough, it’s not a very mind-made-up “yes”.

This slangy answer appears to be identical to its English version, which makes it useful to say yes in German.

We’re dipping our toes into the grammar of formally and informally addressing others. If you’re talking to a friend or someone you know, “Ich stimme dir zu” is a good option. When the other person is a stranger, older, or of a higher “status,” “Ich stimme Ihnen zu” is appropriate.

But generally, you can just say “stimmt” or “da stimme ich zu” to avoid formal or informal language. Those phrases mean something like”right” and “I agree”, so there’s no “you” in it.

When you can back up what they’re doing, it’s a win-win situation. Also, when you don’t know what to say in a language you’re learning, you can take this one out of your pocket.

Luckily, this common English phrase also works in German. The long version would be “Das klingt gut” but you might as well skip the word for “that” and just say “klingt gut”.

This is an interesting translation for “yes” in German. Not many people use it, and it sounds a bit old-fashioned, but they’d surely like it if you use it. You’ll come across that word in older literature or movies.

Remember (or learn) that the “w” is actually pronounced like the English “v” and that there’s no English “w” sound in German.

You’ll hear this word being used all the time in a German-speaking country.

There’s a fun fact about that word: “Sicher” surely means sure, but it also means “safe”. Because of that, young Germans nowadays use the English word “safe” instead of “sicher” or “sure”. Not only when answering, even when they say something like “I surely won’t do that”, which in proper German would be “Das mache ich sicher nicht” , young Germans think they sound cool when they say “Das mache ich safe nicht”.

This is an informal way of expressing that you’re convinced, that everything is alright, and that you agree, with a slight amount of second thought and not quite sure.

This word isn’t used as much. It’s a defenite “yes” without concern or any disposition. Come what may, it’s a yes. Therefore, it’s similar to a “yes, sir” in the military. The officers shout “jawohl” when receiving an order.

“Klar” means clear, and when you get that answer, it means that the answer was obvious, couldn’t be any different, a person might even mean that they are slightly offended that you even asked that question because it’s so obvious.

Adding “Na” is even more clear and obvious than just “klar”. It’s very often used in a rather sarcastic voice, when you want to express how obvious you DON’T want something or how obviously you disagree, you can use it, the tone is just slightly different. Listen to Germans and try to detect when they mean it as a definite yes or definite no.

Answering “Warum nicht?” demonstrates to the adventurer that you’re open to whatever is suggested.

You’re not only agreeing, but you’re agreeing vehemently. You’re all set to go.

Another of the multiple ways to say “of course”, yet it can be either old-fashioned or regional. It’s very common in Bavaria and Austria, in other parts it might sound funny, but when a nonnative speaker says it, they might find it cute and you might get a giggle.

16. Ohne Zweifel (Without a doubt)

This word also means “for granted”. So when you answer “selbstverständlich”, you don’t only mean that you obviously say “yes” or “of course”, the “yes” is actually so obvious that it’s “for granted”.

It literally means “In any case”, so you’d definitely agree in any case. A more casual way to say that is to skip the word “Fall” (= case) and just reply with “auf jeden”, but rather with friends and younger people.

It means of courese and it means the meaning of naturally when using that as “of course”. And just like “naturally” can be used that way or in a sense of “it comes naturally”, it can be used the same way in German.

There’s no exact translation for this word. It’s a “yes” when someone presumes it’s a no. It’s kind of a disagreeing “yes” to someone’s “no”.

“I know you didn’t do your homework”

Did you do your homework”

Not Sure? Maybe You Need A Maybe

If you need more time to consider what you’re being asked, or if you understand clearly, but you just don’t know how you feel about it, try deferring your answer with the following careful responses:

könnte sein (Could be)

Enjoy the Blog? Then you should check Readle App:
Start Learning