When it comes to German, it can be pretty challenging – and not because of all the vocabulary, but also because of different grammar rules, which can be pretty complicated. Many German learners, both beginners and advanced, have troubles moving forwards just because of them. But don’t worry – we’ll show you that German grammar can be pretty straightforward.

Here are six basic German grammar rules along with some tips that should make your path pf learning German almost painless.

Irregular Verbs: Put Them In A Verb Book

In the German language, there are tons of irregular verbs. Annoyingly, this means that there’s a long list of verbs that you need to individually learn by heart as they don’t fit the usual patterns of conjugation, and there are no German grammar rules that can explain how exactly they are conjugated.

What we would suggest doing is to create a verb book out of a journal or notepad. To make this method most efficient, make four columns on each page: one for the English translation, one for the present tense, one for the past tense, and one for the future tense.

Research the conjugations online, in a dictionary, or on your favorite conjugation app, and write them down.

As with anything in life that requires practice, learning German verbs is all about consistency. Reviewing the conjugations regularly can really help remember them better – especially if you speak them out loud as well. Moreover, in a short time, you might find some grammar patterns that apply to irregular verbs. 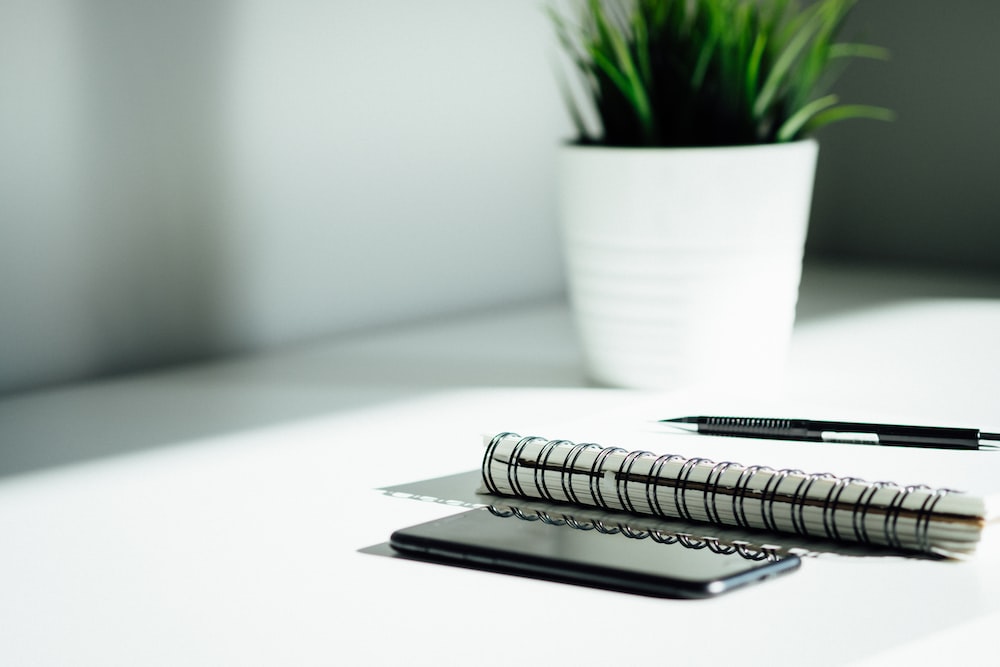 To Be And To Have

Two of the most important verbs in German that you will always use are haben (to have) and sein (to be). There’s no way around it but to learn the conjugations for these verbs by heart.

An easy way to do so is to take dice or make them yourself from either cardboard or wood and label it with all the pronouns: ich, du, er, sie, es… (I, you, he, she, it). Then, roll the dice and state the correct conjugation for whichever pronoun appears. It’s a simple trick that works really well for memorizing complex verb conjugations.

However, you can also try other methods – for example, mnemonic techniques or using flashcards.

German Verbs Come Second Most Of The Time

German sentence structure and word order are pretty straightforward. Most often, the verb comes in the second position in a sentence, similar to English grammar. Take a look at the following examples.

When asking a question, as a rule, you will have to use inversion – so the word order will change, and the verb be placed in the first position, like that:

If you look at the last sentence example, you can see that the word Jura (law) is capitalized – and this is because nouns in the German language are always capitalized. For example:

Remember: Nouns are always capitalized, pronouns never (unless they come at the beginning of the sentence – then, just like any other word, you will capitalize them). 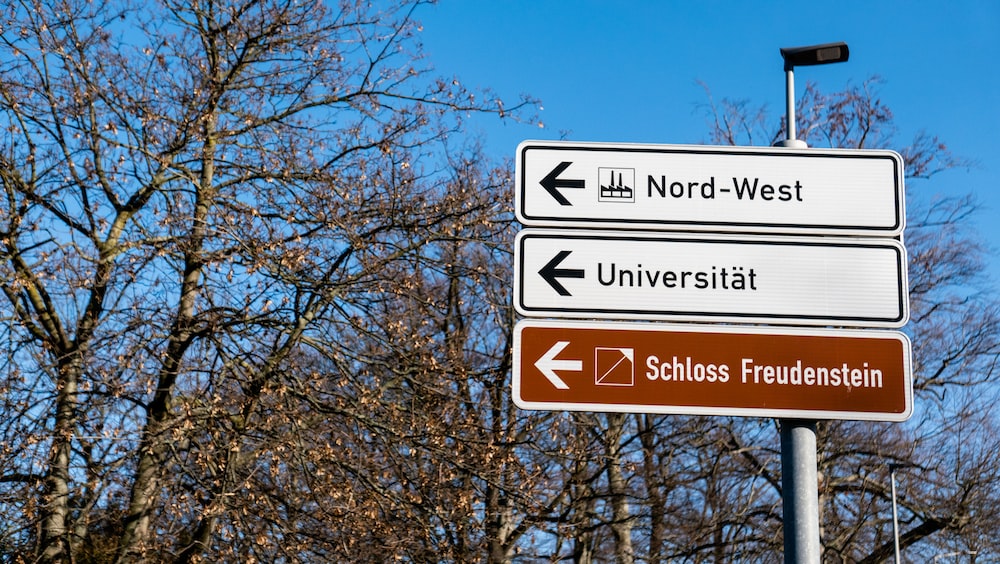 All German Nouns Have Gender

This is one of the most complicated German grammar rules, and all you have to do is memorize it. In the German language, there are three different genders – masculine, feminine, and neutral – that apply to all nouns. Moreover, all German adjectives must always agree in quantity and gender with the nouns they modify.

When you come across any unfamiliar word (and at the beginning, there will be a lot of them), learn its meaning as well as its gender. This will make it a whole lot easier for you in the future to construct proper sentences and use the right articles and pronouns.

In some cases, you can figure out gender by the ending of the word (for example, the suffix -in is usually female); but it’s not always so easy. For example, die Baustelle (the construction site) is female, even though there are no hints about the gender here.

Job positions are all distinguished by gender, which is identifed by the articles and the endings. Here are some examples:

It is an essential part of knowing the gender of nouns to formulate your German sentences and put adjectives in the right forms, so learning them by heart from the beginning makes it a whole lot easier for you in the future if you want to construct sentences.

There are many German grammar rules that make people stop learning the language – and cases are one of them. However, don’t worry – it’s not that hard to handle this part of grammar and understand sentence structure better.

German articles (a/an/the in English) vary depending on the case of the noun they are used with – a subject, direct object, indirect object, or possessive object.

In German, there are 4 cases – we have already covered this topic on our blog. But let’s remind you quickly how to determine which case to use. Here are some tips:

Moreover, adjectives change their form according to the case of the noun they are describing, too – so learning how to choose the right case is key if you want to master forming German adjectives.

What you will surely note after learning about the cases is that German sentence structure allows for much more freedom. Basically, you can change the word order in the sentence in various ways – and as long as you stick to the correct cases, German grammar rules have nothing to say. 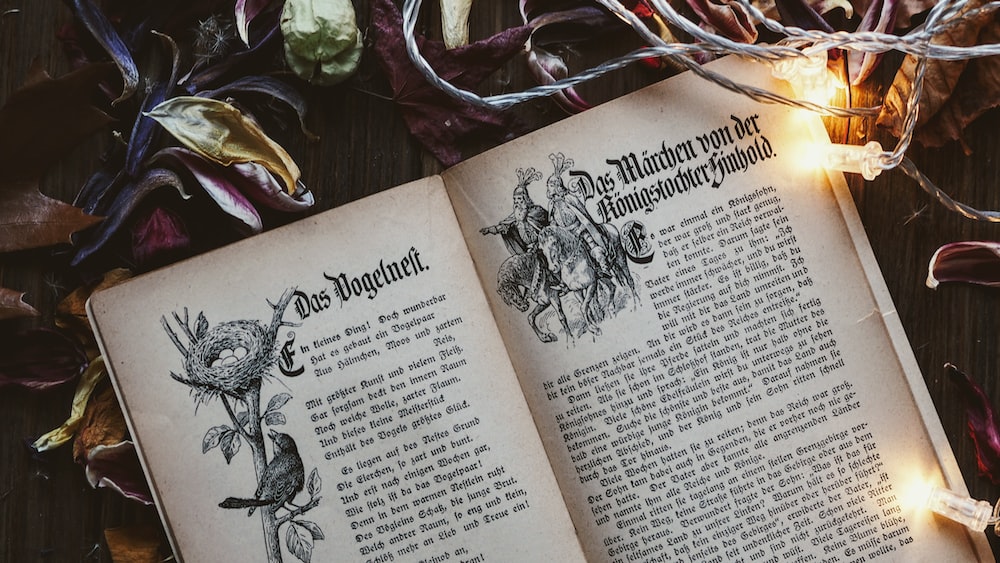 German grammar can give you quite a headache, especially if you’re just a beginner. However, as you practice more and figure the inner structure of how numerous rules work, grammar stops being so challenging.

Learning the basics is definitely step one – if you get familiar with the things we’ve mentioned above and use them in practice, nothing should stop you from mastering the rules behind the German verbs, nouns, ending, articles, sentence structure, and everything else that can be tricky.

Let’s sum up the main points of German grammar:

1. Irregular verbs can be challenging, but there are some methods that can help you learn them and even figure out the logic of conjugating them. For example, you can create a verb book – and every time you come across an unfamiliar irregular verb, write it down. This will allow you to familiarize irregular verbs quicker and discover patterns that apply to them.

3. Unlike English grammar, German grammar has 4 cases. Those impact the sentence structure and word order, as well as the usage of articles, prepositions, and endings.

4. All German nouns have genders, which might be different from those in English grammar. The best way to learn them is to write down the gender right away when you come across a new word.

Don’t Be Afraid to Speak – and Practice More

Don’t worry if you can’t figure the cases or articles at first – they can be pretty challenging, especially if you’ve just started learning German grammar. However, as you practice your German, you will shortly be able to determine the subject of the sentence in a matter of seconds, as well as know whether to put the noun in the Dative or Genitive case.

Yes, choosing the correct place of the word in the sentence structure as well as the article requires some thought at first. But please don’t feel discouraged. Even if you use the wrong article or put some adjectives in the wrong form, native speakers will still understand you.

Like everything in life, German grammar rules come with practice. The more you speak, listen, and overall use German, the clearer it will become to you. Trust us – in some time, you won’t worry about German grammar rules and, for example, choosing which ending is right for the sentence you want to say.

Although sometimes it may seem that sentence structure in German doesn’t make sense, there are specific rules behind the apparent chaos with only a few exceptions. If you learn the basic German grammar rules that we have covered in the article above, we are sure that your language learning process will become much easier.

Of course, it will take time to learn, but if you watch movies with subtitles, listen to German podcasts or the radio and read German books or newspapers, it will come to you sooner than you may think.

And always remember that people will understand you even if you make mistakes. German speakers are happy and very appreciative of everyone who makes an effort because they know that the German language is not the easiest to learn. So go out there, practice what you have learned, and continue to learn German through practice.